The Internet: Friend or Foe?

First off, I want to thank everyone for their support on my "People are Cruel" post. You guys are wonderful. Thank you for reading. You've helped me to realize that you just can't let the assholes of this world get you down. 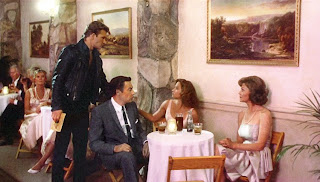 Speaking of assholes, night before last I went to a panel at The Kitchen hosted by N+1 on the "Internet." The talk was a retraction (of sorts) on their piece in Issue 5 about how the Internet is basically destroying civilization. I went to the reading to offer moral support to one of my friends, but I also went because (duh) I am a blogger, so it felt appropriate. Also, N+1 (as of late) has been growing on me. My only criticism that remains is that they need to get more women on staff, and those women need to be a) not just interns, and b) intelligent and articulate.

I am, like most people in the non-third world, I think, addicted to the internet. I was born into the Internet age (i.e. post 1980) and survived the tremendous popularity of AOL IM and chat rooms. Nowadays, I stick mainly to blogs, facebook, and gmail. But I will tell you: the internet terrifies me. 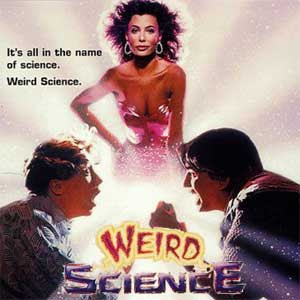 Although I use facebook mainly to keep in touch with my friends, I find that it has a remarkable effect on the way I perceive my relationships. If someone neglects to invite me to an event, but invites my friends, I can find out. And I don't even want to go into what facebook will do to a romantic relationship, or how much pressure it puts on each party to define their connection: it's a very dangerous site. Ever since the implementation of the News Feed, which (appropriately) came into being literally the day after my boyfriend of two years dumped me over the phone, facebook has keep me awake at night. Even after I leave the computer, I find myself trying to interpret people's behavior on facebook. As if interpreting people in real life wasn't difficult enough. 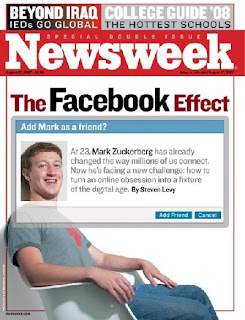 So, I think the editors (and friends) of N+1 have a point that the Internet induces shame and anxiety and may ultimately cause the downfall of civilization. That said, most of this "bad behavior" on the Internet (and here I'm talking about shit-talking people on blogs, or leaving nasty comments) comes from what I like to call KKK-effect (because I can't remember the official term from AP Psychology). We're hidden on the internet. The screen acts as a mask we can wear to shirk from emotional responsibility. The same goes for text messaging. Why talk to someone when you can just avoid them completely? And the "Internet" acts as a sheet that covers us all. If our activities are suspect, or unpleasant, we can just use the excuse, "Oh, but it's just the internet. I said that on the internet. Who cares?"

All said, the internet does offer me solace. I love getting comments on this blog, and I have to say my heart does a little jump of joy anytime someone tags a photo of me on facebook, or writes on my wall. Although the internet may not be real, it's a solid showing of the fact that someone is thinking about you and they want to show you that they're thinking about you. Granted, the idea of surveillance is creppy mc creeperson. But it's also sort of fantastic, don't you think? 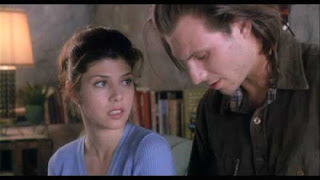 N+1 also discussed the effect the internet has on writing. This is undoubtedly a negative one. When we write for publication we edit, we slave, and we bleed over the page. When we write a blog, there's not so much effort involved. Blogs and news sites and other things you find on the Internet in many ways are meant to be read as distraction, as entertainment, not as engagement. Anyone who tells me he or she reads NYTimes.com the same way they read The New York Times is a liar. So a new, internet language is forming before our very eyes. The question is, will it be a wonderful addition or a decay of language as we know it?

I for one can vouch that there are plenty of bloggers out there who write with great care and aplomb on their blogs, or there are bloggers who post links of intellectual interest, or photography, or art. Take a look at my blogroll: you will find them all there.

In conclusion, I've made a resolution to myself to stop stressing over what's on the internet and focus on what's in front of me (not the screen, but in real life). That won't stop me from writing this blog or reading Jezebel, but pointing out the dangers of the internet feels necessary. For my generation, and especially the one that follows.
Posted by Jessica Ferri at 9:02 AM

Great post! Pointing out the dangers are very necessary, and it’s a good one to get out of the way early for anyone interested in pursuing any kind of creative career.

The reality is stronger standards for online writing will emerge and in time will become the predominant platform for information and discussion. But I am afraid of the internet too. Technology in general, because too many use it as a shield, or a crutch, and it very well might weaken our society if too many fail to realize their online life is not separate from their real life.

You have to comport yourself with the same self-awareness on-screen and off.

I just deleted my facebook account b/c it has changed SO MUCH since I got one four years ago and it was starting to make me ill. It is actually really liberating. Like, if your friends really want to contact you they will. I just don't see the point anymore of having so much information (plus bonus endless photographic evidence!) about your life for so many people to see. It doesn't mean that you have to completely divorce yourself from having an online presence, but I just don't see anything good in facebook anymore.

i admit to being a total fbook addict (stephen calls me the facebook sleuth for everything i know about people from fbook and not real life), but i definitely find myself using it a lot less now that i am out of college and in the real world, mostly befriending people who are not interested in it. but i agree, fbook can totally harm the way we interact, and i will cop to being totally insulted that people i know got invited to things i didn't, or that some of my friends are in better touch with other people.

then i have to remind myself that it is a website.

ah, SO true! it's amazing how people will write stuff on the internet or through e-mail that they would never DREAM of saying in real life or on the phone. it is a mask, a coward's mask.

in addition, I read a really interesting book called "what is your dangerous idea?" that included one essay addressing something similar... the essayist argued that the children in the generation just after us are going to be stunted as far as their emotional development because so much of that part of our brain develops with face-to-face contact. now that kids are supplanting that almost entirely with text messaging, IMing, etc, there is a concern that we are raising generations of people who will hardly be able to interact at all. which might result in even worse internet flaming. anyway, well-said. glad you're back.

I always love hearing what smart, sensitive people who write have to say about the internet's effect on culture/society. Great post.
I also love the support/encouragement that comes from people commenting on what I write, and some attention is always better than none, but I always get a bit freaked out when I realize I often get more anonymous support from the internet than I do in real life. I'm not sure if it's important to note the difference or not. Also, like you, I have lately been trying to look at what's outside of that little screen with as much attention.

The Facebook Effect. I've never heard it called that before, but it's definitely a true disease/illness that will infect anyone who gets close enough to facebook. Before that, it was The Myspace Effect, I guess.

And I never thought about it either, but reading the New York Times online and in print are definitely, without a doubt, two completely different things.

But I still don't think the internet is the beginning of our downfall....

Read the "The Dumbest Generation" by Mark Bauerlein.